A Lab's Love is Forever

Available Labs for Adoption in the Dallas-Ft. Worth area 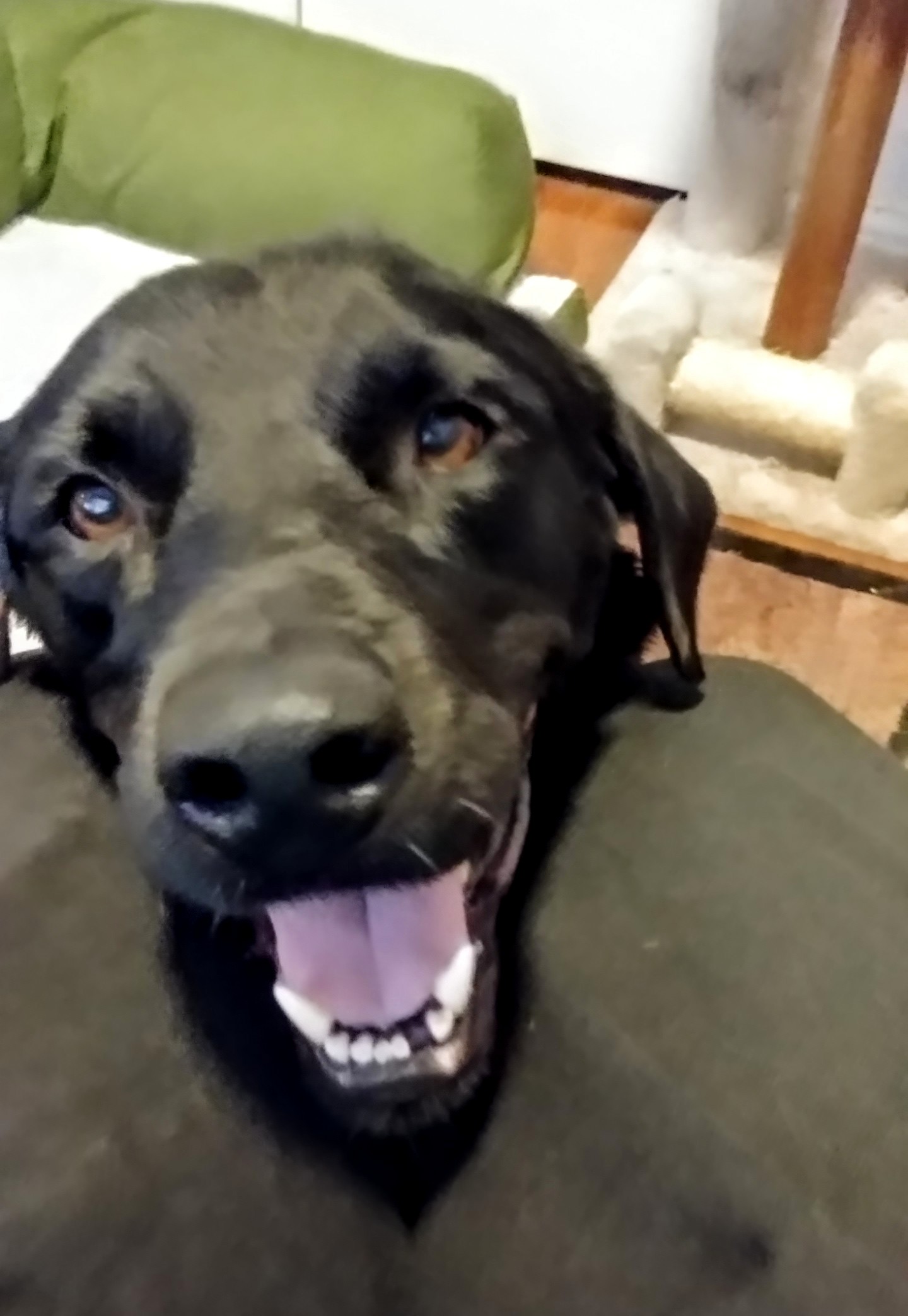 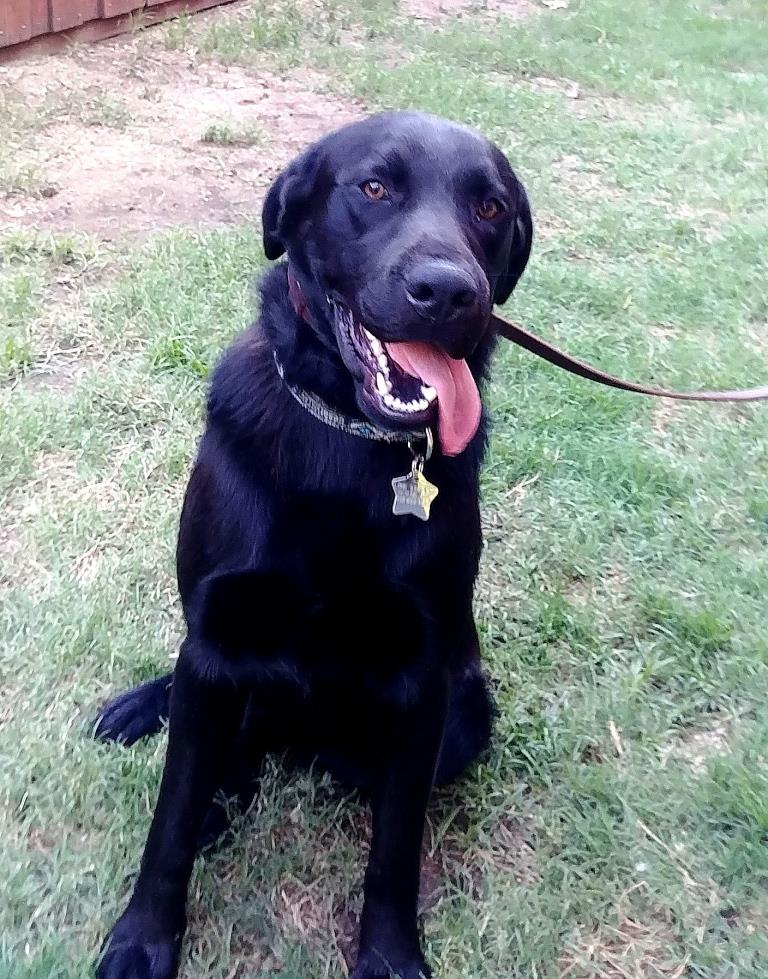 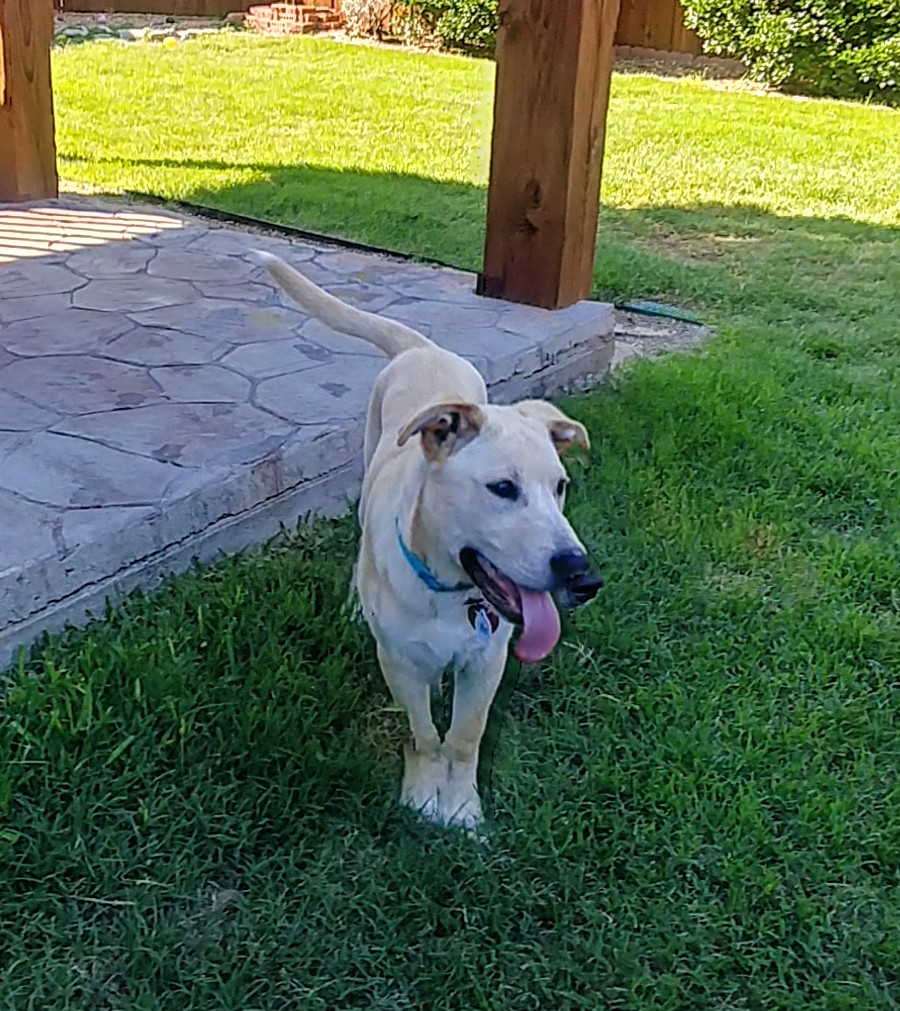 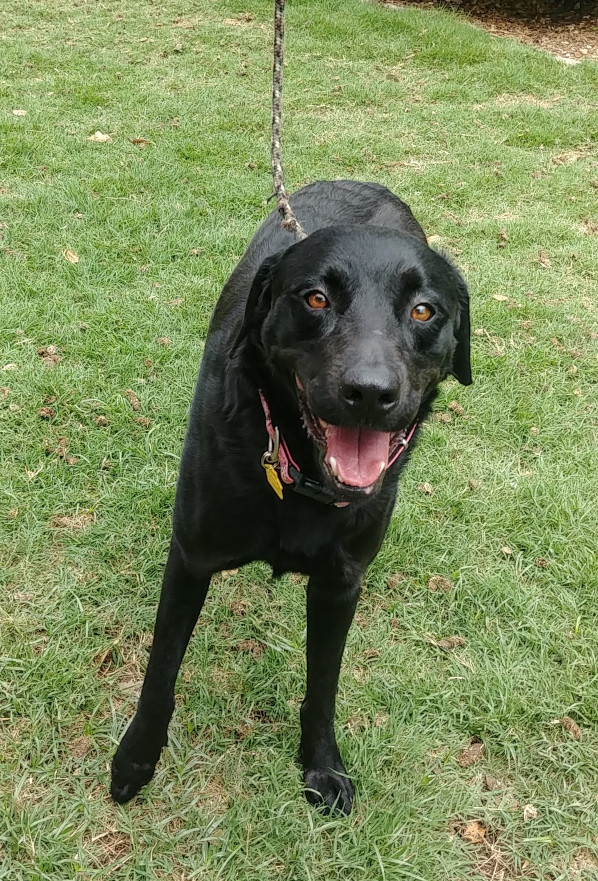 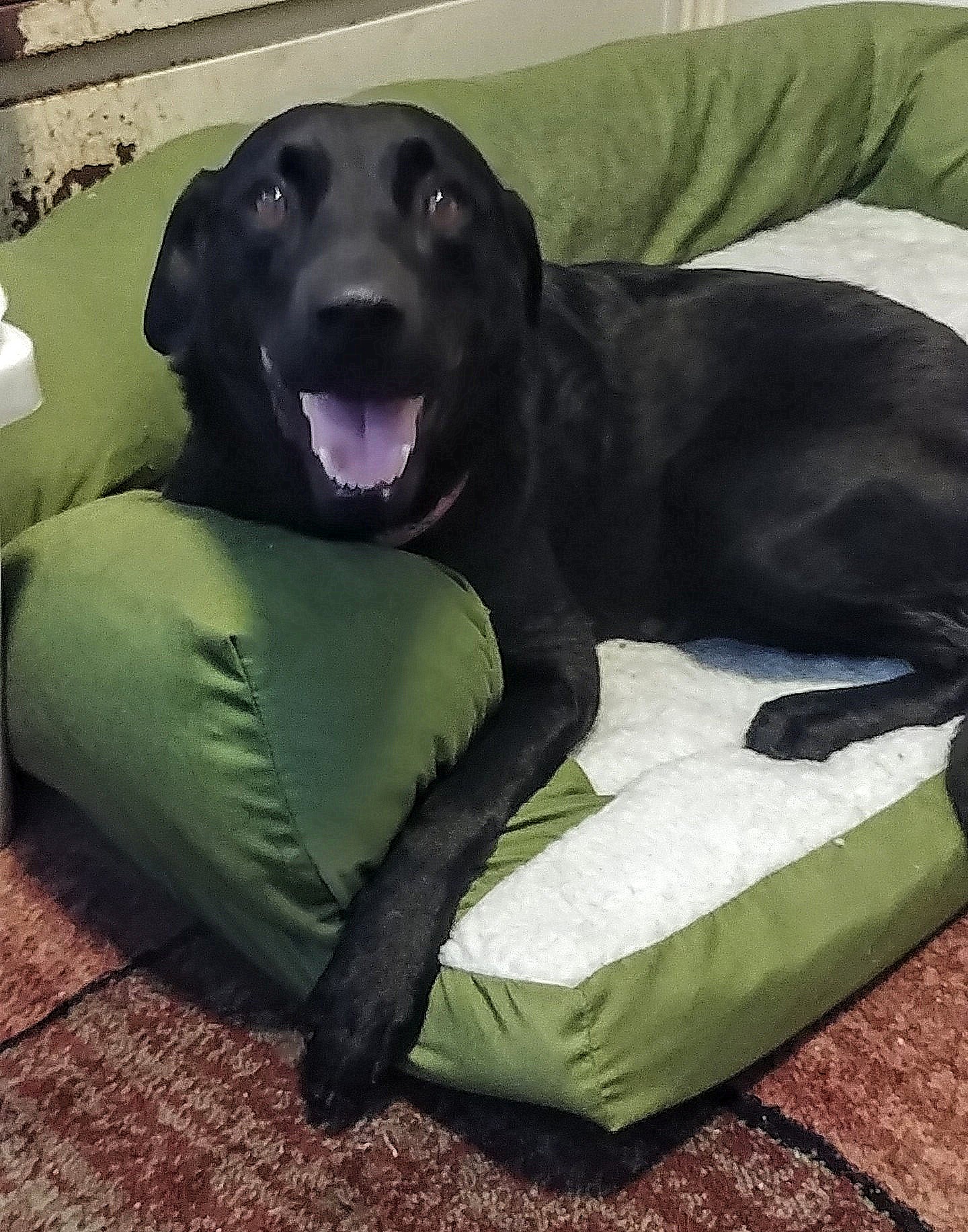 Mazey is all sweetness, kisses and cuddles! Mazey is about 3 years old and weighs 65 pounds. She is a wonderful cuddler and she would rather be petted than just about anything else!

Mazey has a wonderful temperament. She really craves attention and loves to be with people. Mazey quickly settled into her foster home and loves the inside life! She is happy to lay at your feet, while you work from home. Mazey is house broken and does not chew on anything that is not hers. She is gentle enough for kids as young as about 6 years old.

We have found that cars and trucks going by the yard stress Mazey quite a bit. She barks and gets nervous when she hears cars go past the house. She will need a home on a quiet street with a privacy fenced yard.

Mazey doesn't seem to like other dogs much. We don't know why. She will need to go to a home where she is the only dog and can get all of the attention!

If you are interested in providing a loving, forever home for Mazey, please complete our Adoption Application.
Our adoption fee is $295.00 (plus tax).
Back to Top 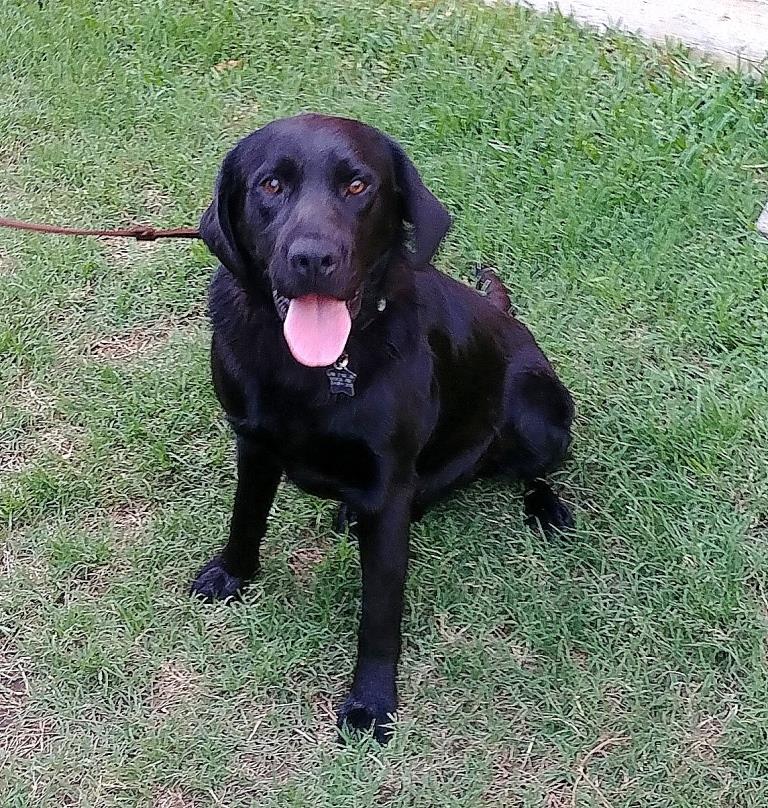 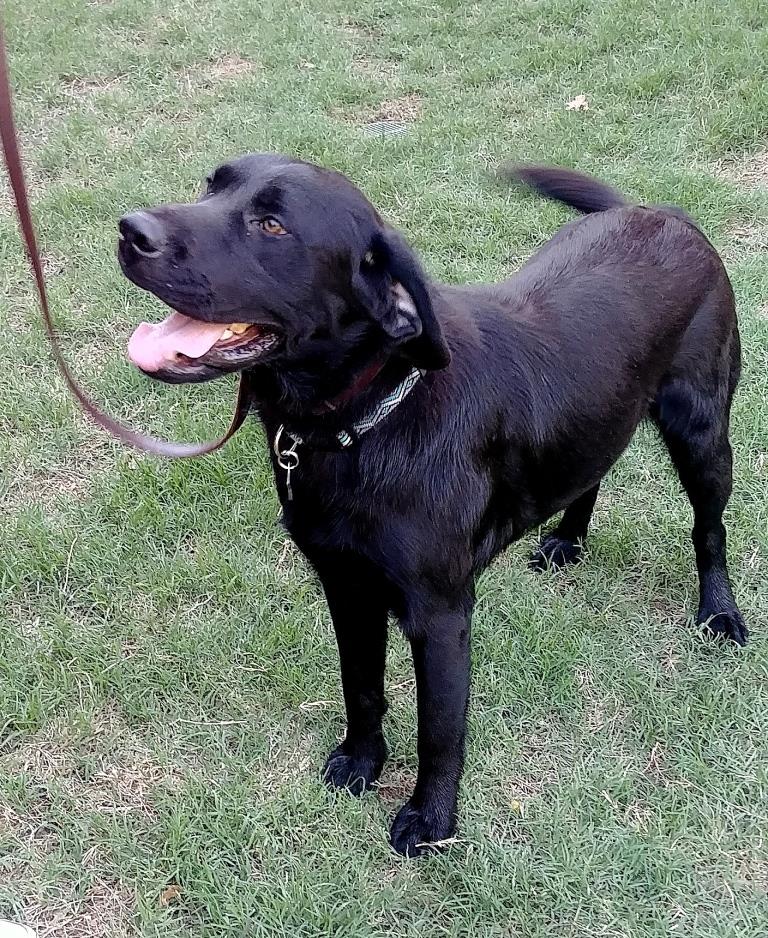 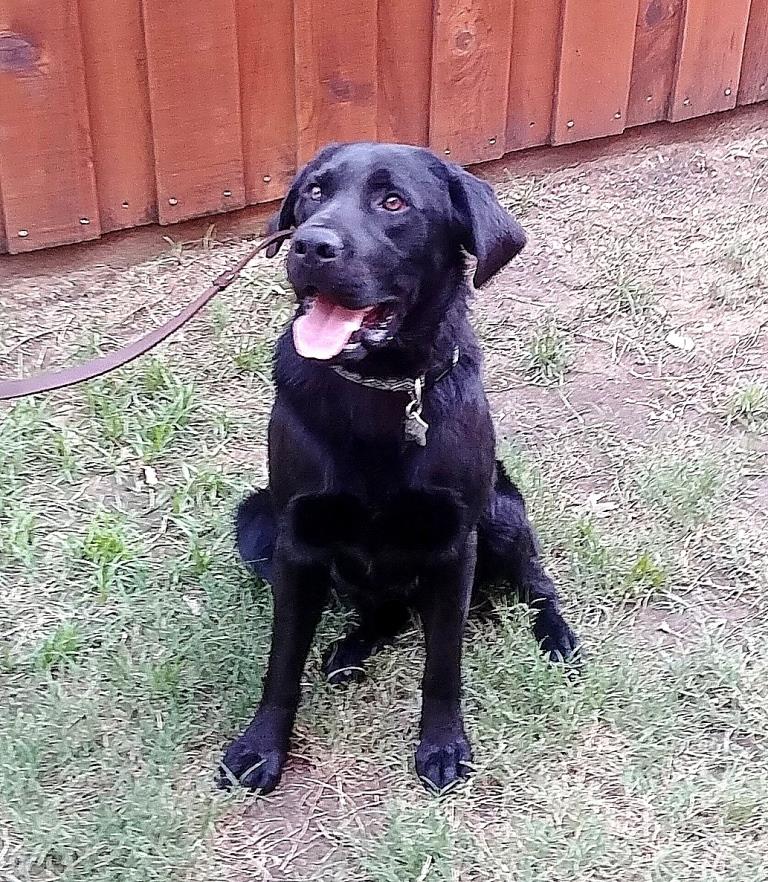 Labradors don't come any better looking than this handsome boy! Knute is named after the legendary Notre Dame football coach. He is certainly a winner like his namesake!

Knute is just over a year old. He weighs about 75 pounds. He joined Lone Star Lab Rescue mid May, so he is still settling in and learning the routine in his foster home. He is a healthy boy... vaccinated, neutered, microchipped and taking heartworm prevention. His coat is shiny and he has that lovely Labrador otter tail.

Knute is a young Lab that had no training prior to coming to us. We are working on crate training and walking nicely on the leash. Like all young Labs, Knute has a lot of energy! He will need a home with a nice sized, fenced back yard for play time. He seems to love the water. If you have a swimming pool, you will need to work with him about being safe around the pool. He is pretty rambunctious, so we think he will be best with kids at least 8-10 years old.

If you are interested in providing a loving, forever home for Knute, please complete our Adoption Application.
Our adoption fee is $295.00 (plus tax).
Back to Top 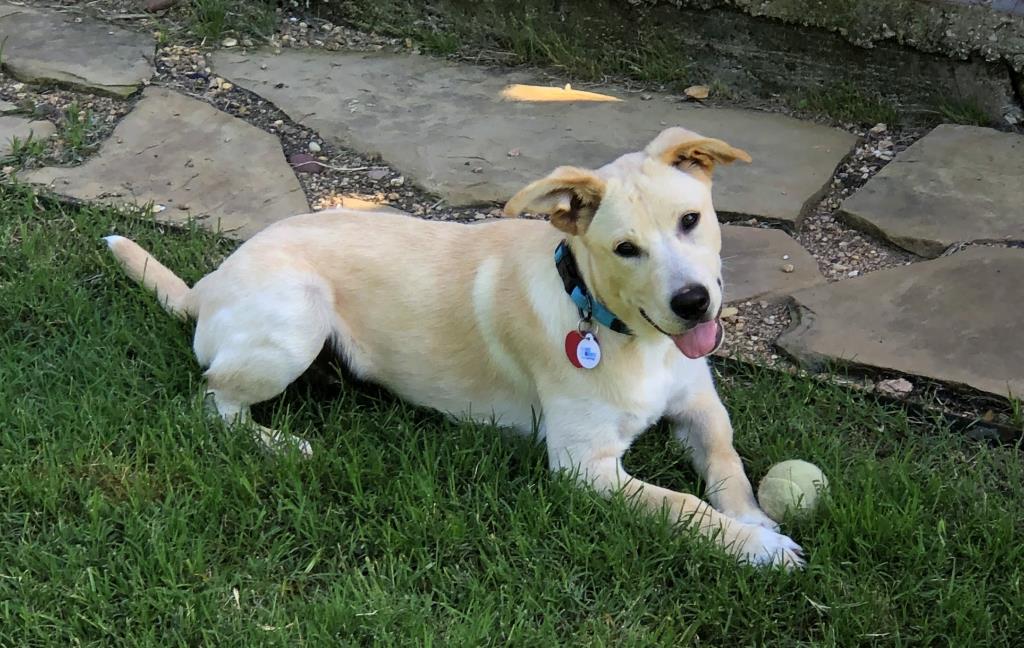 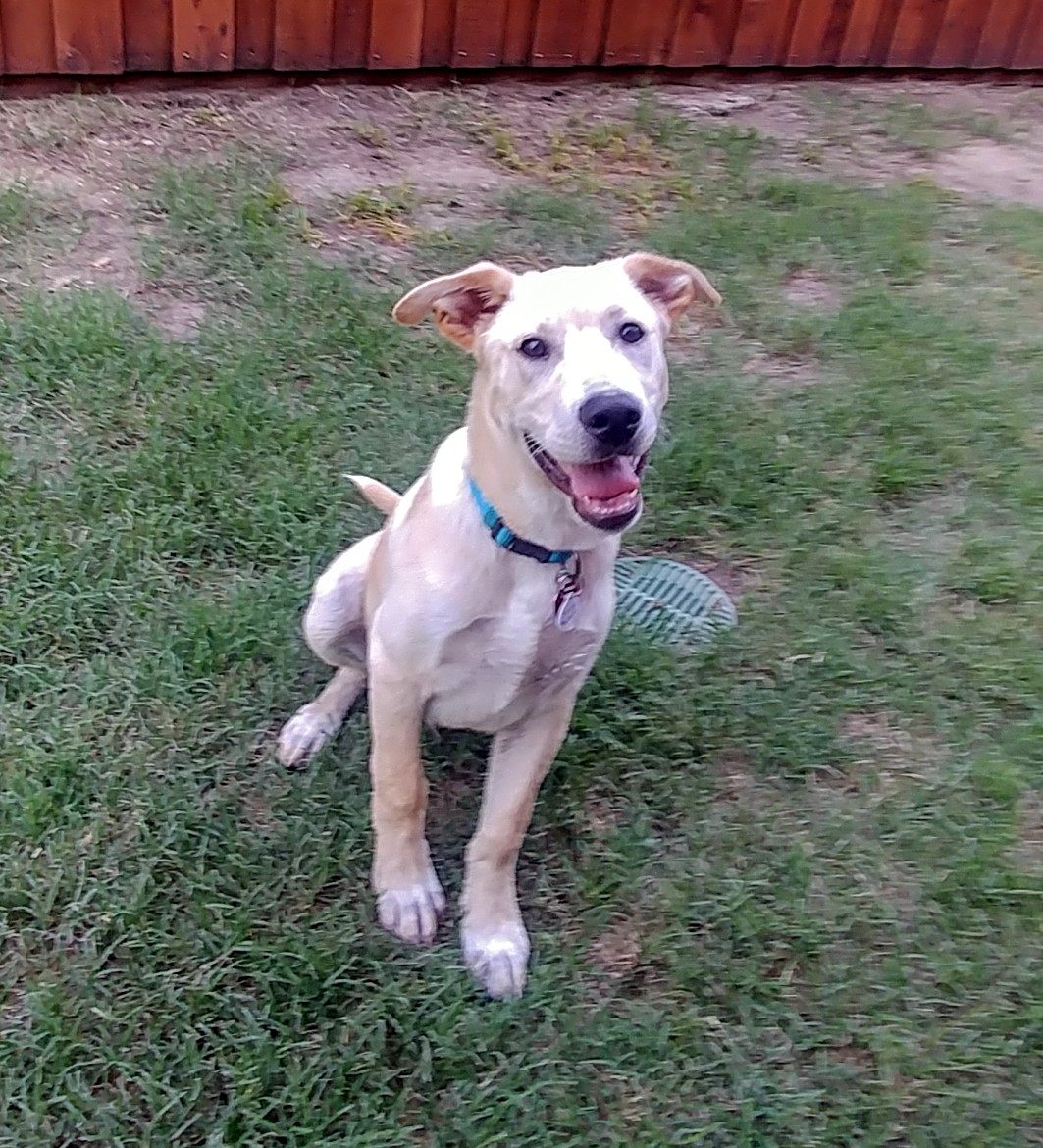 So we went to pull a dog from a local shelter and apparently, they were having a "Buy One, Get One" sale because we came home with TWO Labs instead of one. Meet BOGO! Look at that face... how could we say no?

Bogo is an adorable little Labbie mix, probably with some German Shepherd. He is about 5 months old. We estimate he was born late January/ early February. He is a little rascal, full of spunk and attitude! Bogo loves to rough house and play chase with the adult Labs in his foster home. He can definitely keep up with the big dogs! Bogo jumped right into the doggie pool in his foster home and loves to splash around. He is thinking about playing fetch, but it is more fun to play chase right now!

Bogo is about 30 pounds now, but is sure to grow up to be a pretty big boy. We think around 70 pounds or so. Bogo will need a home with a fenced yard for play time and someone who has some dog experience to train him to be a good boy. He is doing really well in his crate in his foster home and sleeps through the night. His fosters are starting on leash walking and house breaking, but he will need more training. Accidents are part of the life of a puppy!

Bogo plays a little rough and still has sharp puppy teeth. He would love to play with some older kids, perhaps 10 years and older. He would also benefit from a tolerant adult medium or large breed dog to help teach him the rules. Bogo has too much energy for little bitty dogs or kids.

Bogo has finished his puppy shots and is ready for adoption. He has not been neutered yet, but that is planned for July.

If you are interested in providing a loving, forever home for Bogo, please complete our Adoption Application.
Our adoption fee is $295.00 (plus tax).
Back to Top 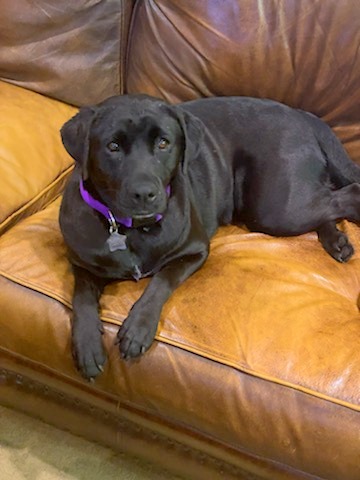 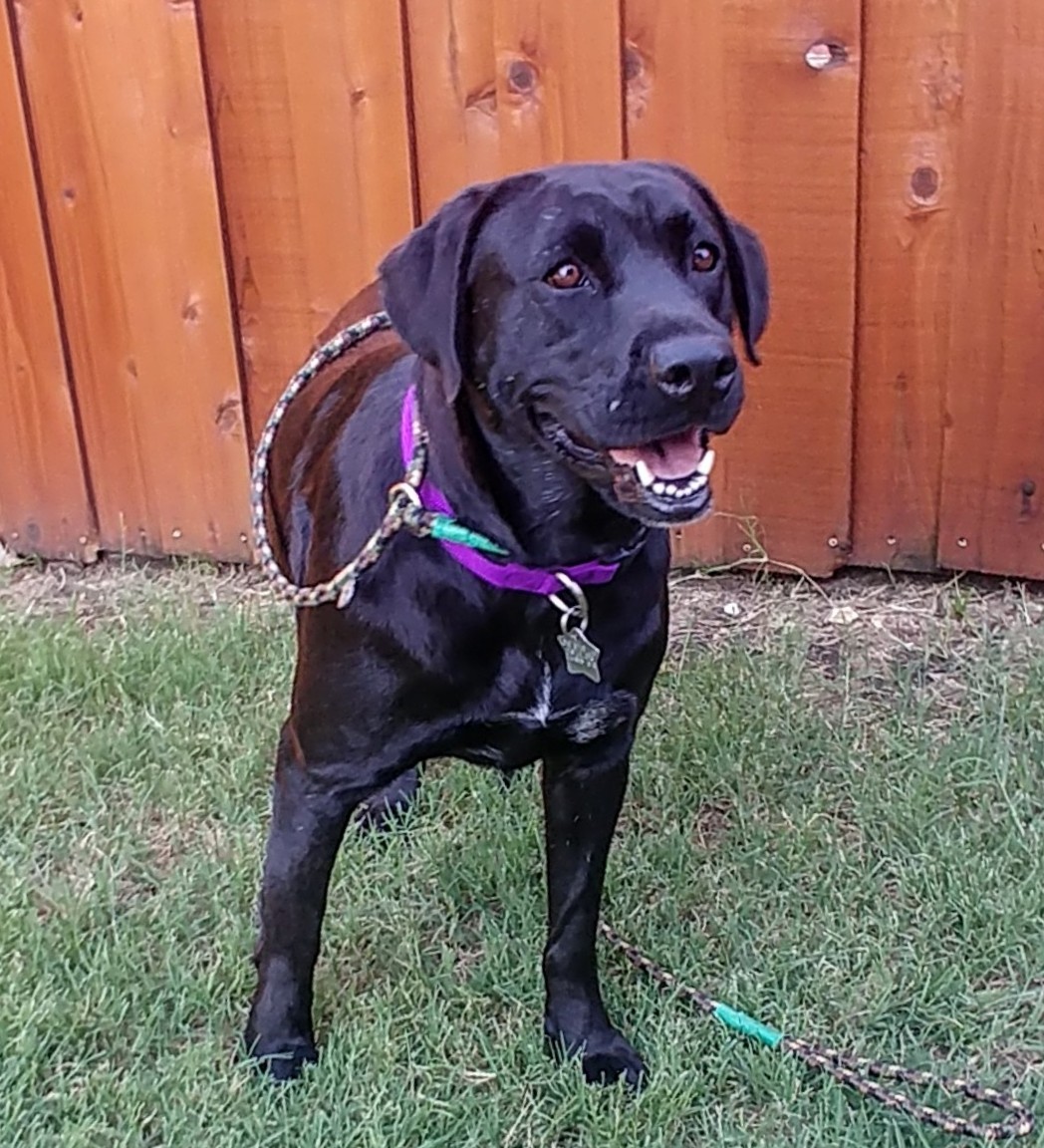 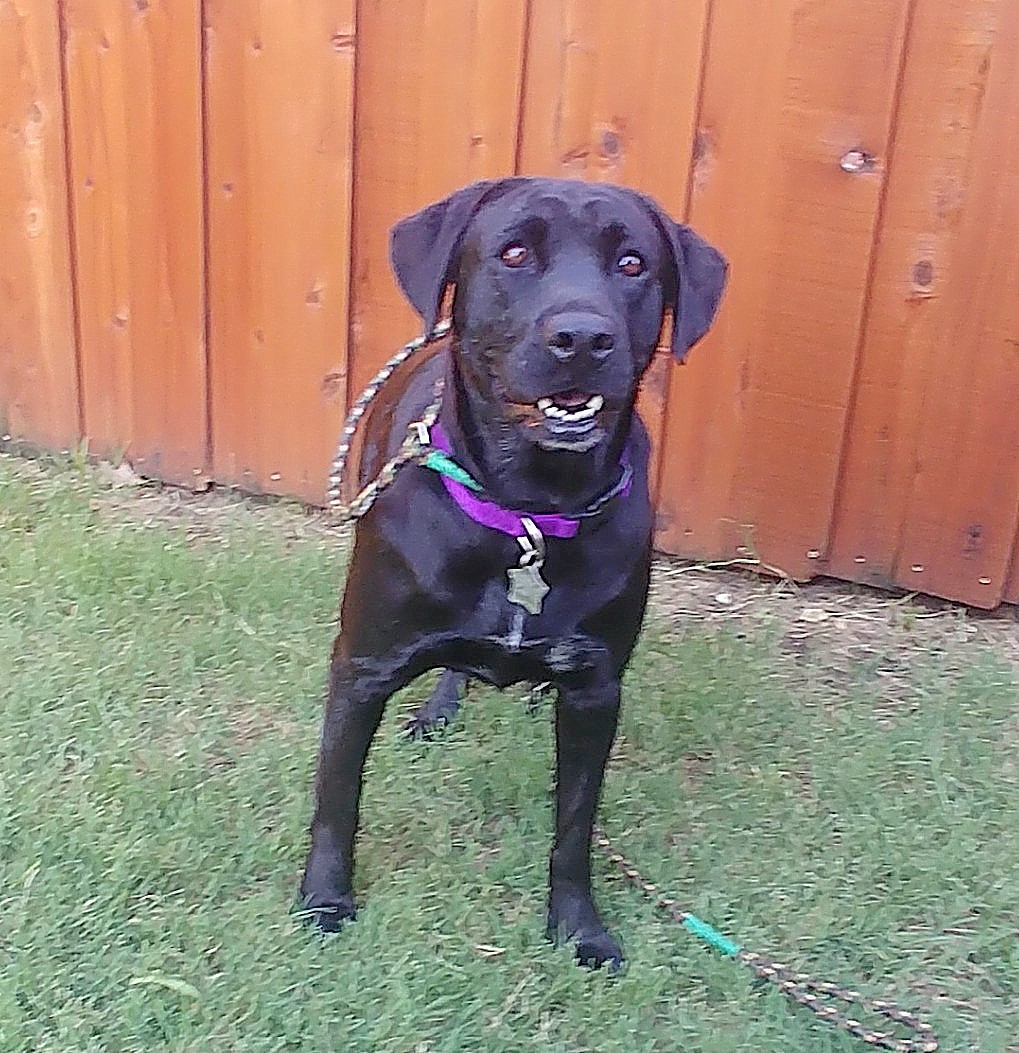 Aubrey is a sweet, gentle girl, about 2 to 3 years old and 60 pounds. She gets along very well with other dogs and is so well behaved. She is calm and affectionate, the perfect family companion.

Aubrey was very scared and skittish when she first came to us. It took her only a few days to figure out that she had hit the jackpot! She quickly came around and is now a very affectionate girl. She loves to snuggle on the couch, so couch privileges are absolutely required! Aubrey is calm and gentle enough for kids as young as 5-6 years old. Aubrey loves the inside life! She is such a good girl in the house that she doesn't need to be crated. She is house broken and does not chew up anything.

Mazey is true to the Labrador purpose.... she seems to love water! She is very interested in the hot tub in her foster home and even puts her paws in. If you have a swimming pool, you will need to teach her where the stairs are to get out safely. We have not tested her with cats yet.

Aubrey is a healthy girl. She is fully vaccinated, spayed, on heartworm prevention and microchipped.

If you are interested in providing a loving, forever home for Aubrey, please complete our Adoption Application.
Our adoption fee is $295.00 (plus tax).
Back to Top